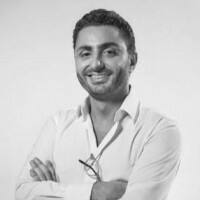 Emmanuel has been recently appointed as the Chief Strategy Officer of TBWA Asia.​

As a global planning director, he previously worked on global accounts such as AirBnB, Michelin and McDonald’s. His work has been multi awarded for its data-driven approach at the Effies Festival (18 Effies since 2012 including 2 Grand Prix) and its creative strategies at Cannes Lions (4 Lions). ​

Prior to moving to this position, he worked at TBWA\Shanghai from 2014 to 2018 as an Integrated Planning Director. He also built the Insight & Strategic division for Integer China – TBWA’s shopper marketing agency. ​

He started his career at OgilvyOne Paris where he led strategic guidance for American Express and Nestlé.