“Why Gamble With Your Holiday?”

play
fullscreen video
close video
When reports of holiday mishaps go up, but travel insurance is still not seen as an essential. STB needed to give Singaporean travellers a wake up call to stop 'gambling' with uninsured vacations.
Priding themselves as ‘good’ and ‘sensible’ travellers, Singaporeans believe that unlike travellers from other countries, they do not indulge in crazy or irresponsible behaviour while on holiday — leading them to believe that travel insurance is not a ‘must have’, as nothing bad will happen to ‘sensible’ travellers like themselves.

Ironically, while they believe their odds of experiencing travel mishaps are low, the reality is that 80% have faced issues at least once on their trips. Furthermore, many carry the misconception that STB can solve their problems for them, when little can really be done without coverage. Thus, they often face angst and frustration when they are left alone to shoulder the potentially huge financial burdens of their losses.

Therefore, STB needed to shift this perception of travel insurance — from being just an ‘add on’ to an essential — showing Singaporeans that travelling without insurance is risky, irresponsible behaviour that comes with consequences. What better way to do so than to tap into an analogy they were already familiar with: gambling?

Due to an extensive history of nationwide anti-gambling campaigns, the perception of gambling as an activity to be avoided at all costs has been deeply ingrained in the minds of Singaporeans — especially its association with the high risks and financial losses involved.

Hence, by using gambling as an analogy, STB re-dubbed three famous scenes from the iconic 90’s Singaporean TV drama, ‘The Unbeatables’, to drive the point home to Singaporeans — that travelling without insurance is a risky gamble with heavy consequences involved.

The videos hilariously juxtaposed STB’s message over melodramatic 90’s acting, ending each with the tagline, “Why Gamble With Your Holiday?” 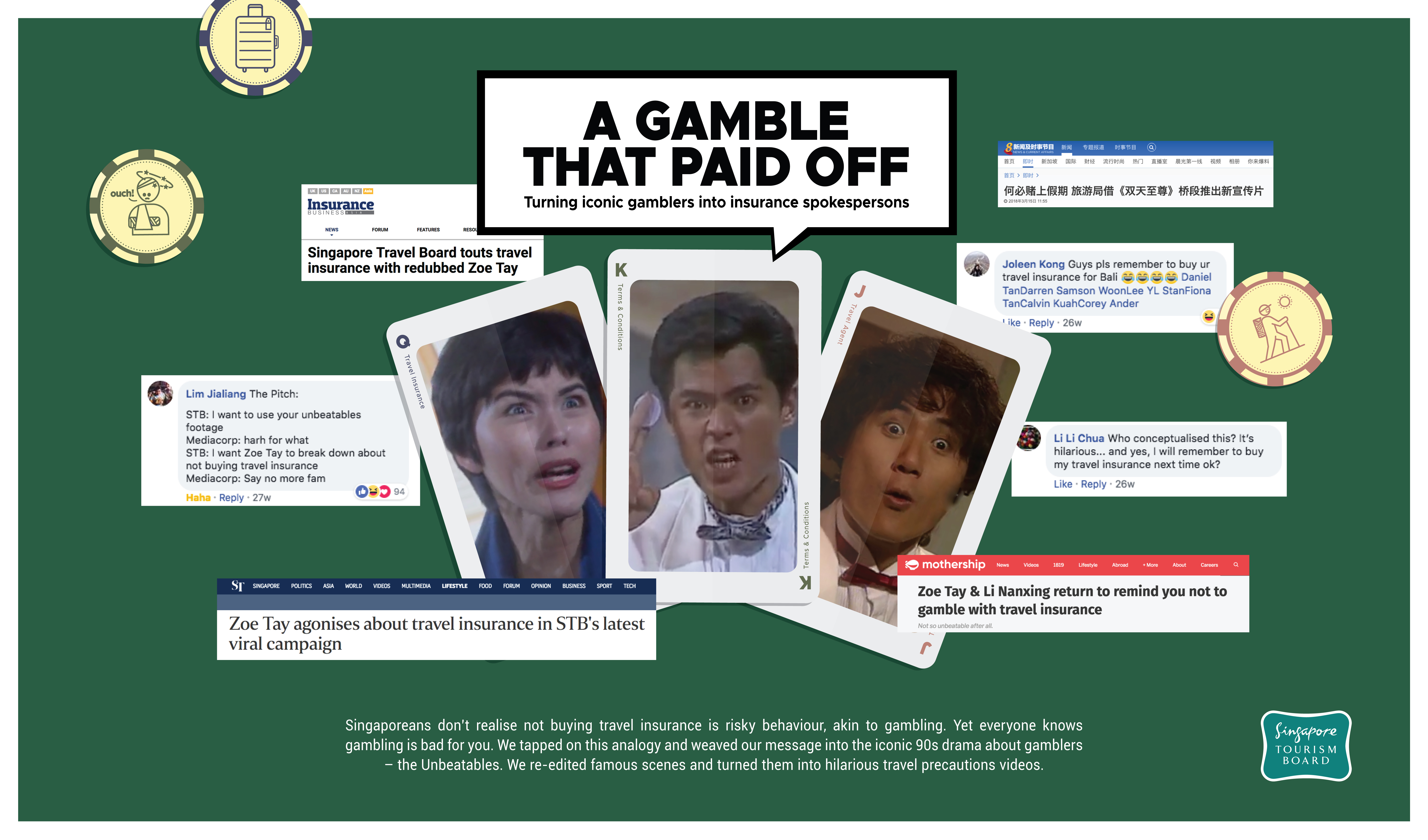 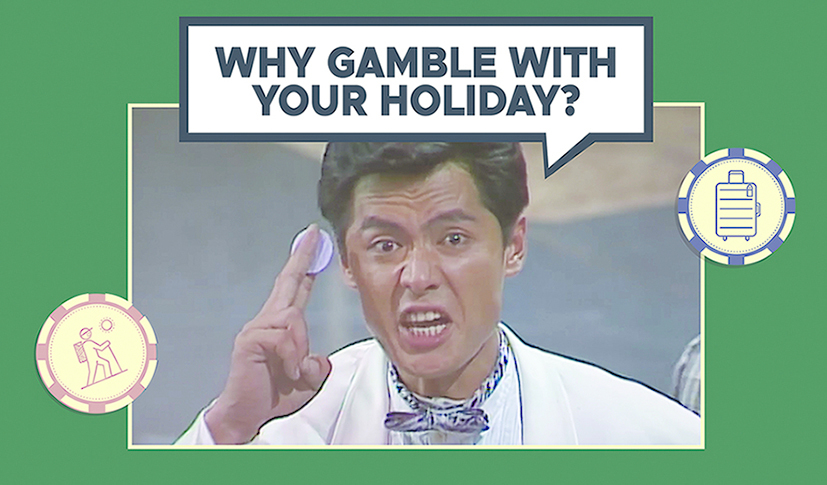